Mirror: [Almost] a year on

After nearly a year of running public facing infrastructure, I wanted to give you (the reader) an update on how things are going.

Just in case you are not aware, I currently run an official tier 2 Arch Linux mirror at mirrors.wale.id.au.

The wale/mirrors project was born out of a personal need of stable, fast Australian mirrors for Arch Linux, as well as a learning project. The only issue with that is that things like mirrors tend to [usually] need a lot of money to spend on infrastructure alone.

After that was proving to not be enough, a friend of mine (h/t Ovyerus) lent me a VM with enough storage and network bandwidth to support the traffic that my mirror pulls through CloudFlare.

Over the last seven days of this post being written (6th of December 2022), I have achieved 508.61GB of total data transfer, where the majority is being served directly by the server. 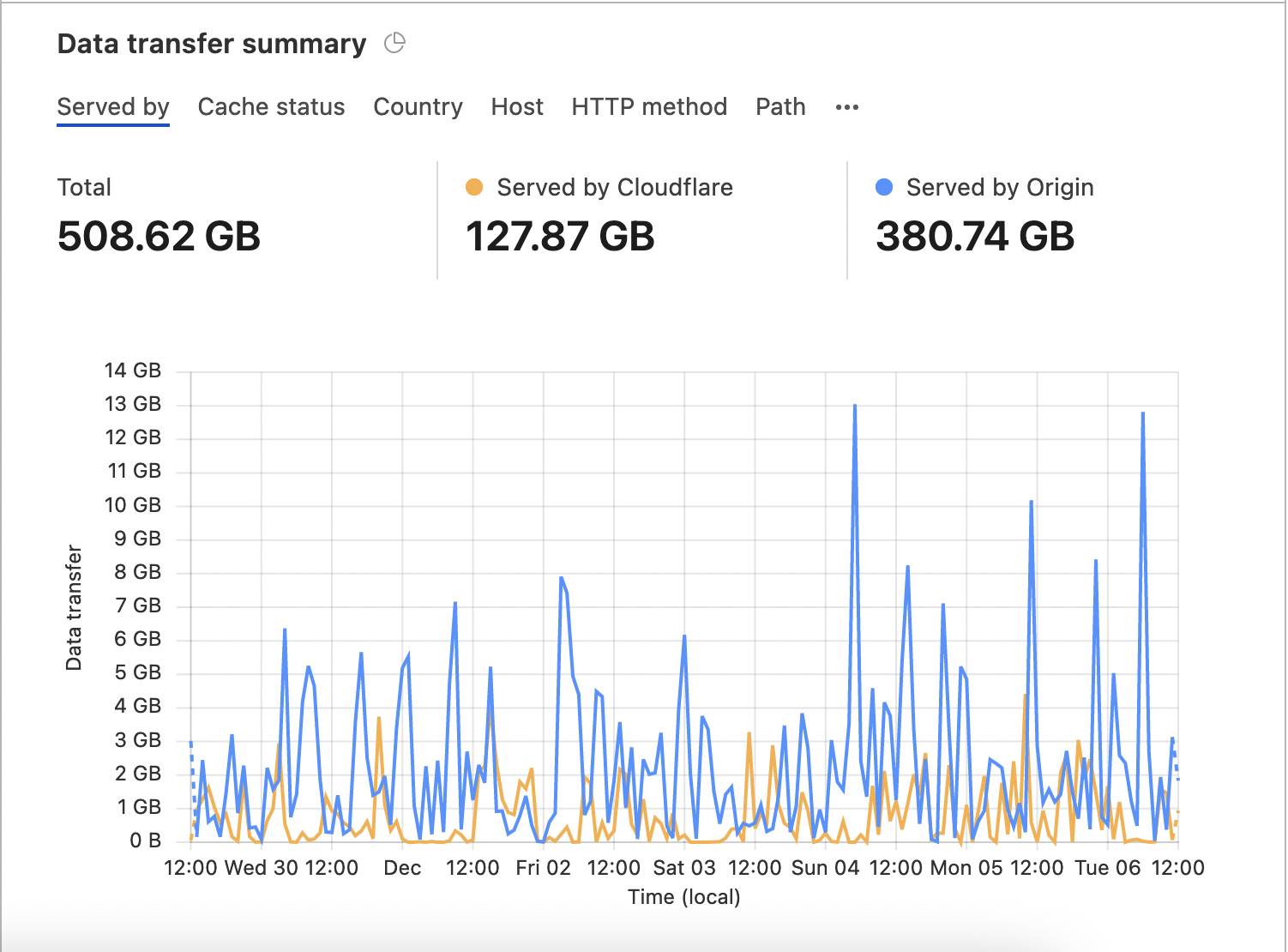 Over the last 30 days from the post’s writing date, I have served 2TB of data through Cloudflare and my server, though with a poor caching rate. 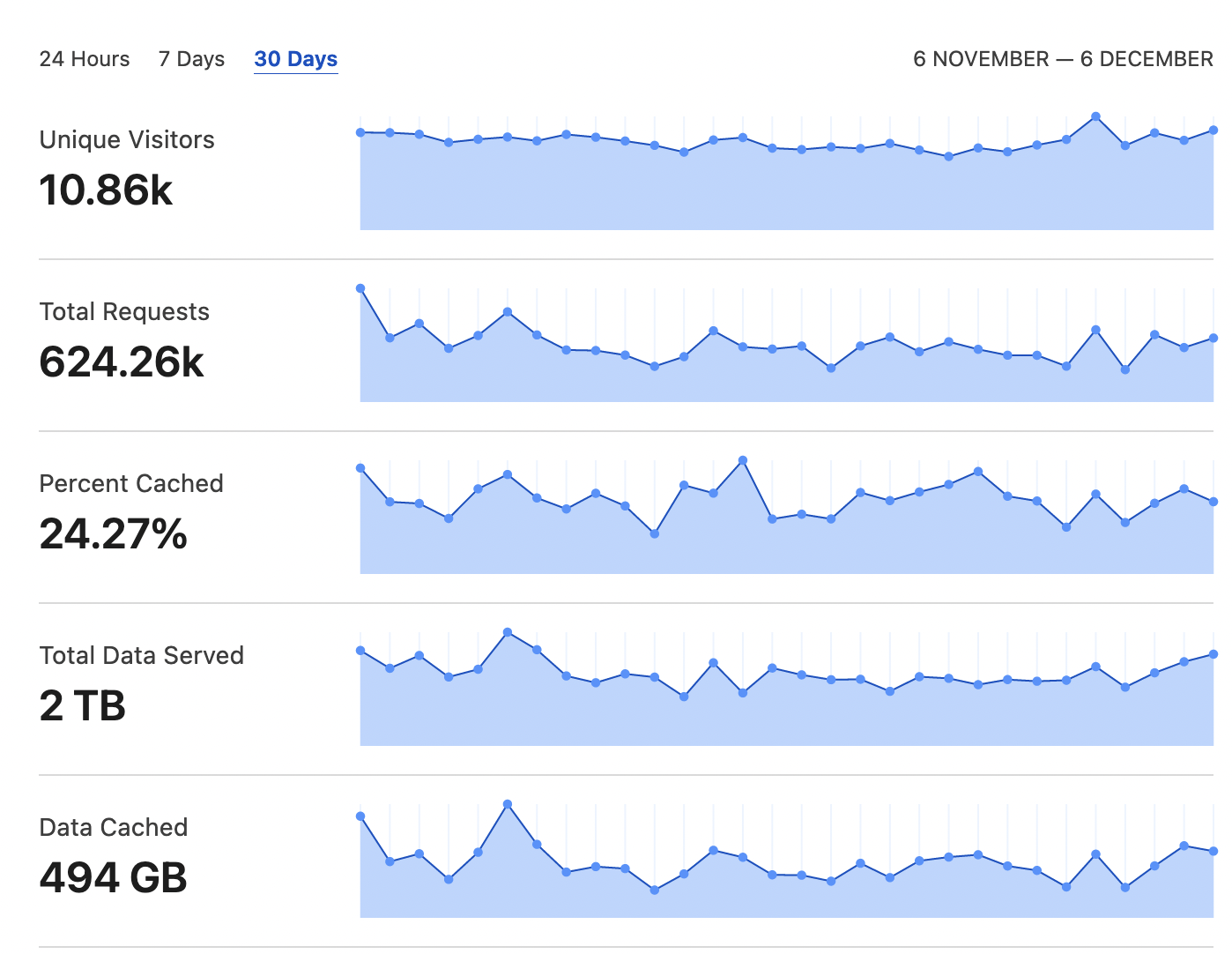 On the Arch Linux side, I have been consistently on the higher scoring mirrors in Australia. (at least, with the HTTP mirror) At the time of writing, my mirror is not far behind sydney.mirrors.pkgbuild.com, an official mirror provided by the Arch Linux team. I also beat out my own university’s mirror score, which is listed under ftp.swin.edu.au.

I have a lot of plans for the mirror over the next year, which include:

Over the past year, I’ve been running the mirror mainly out of my own pocket and through help from friends, such as Ovyerus. I could not have expected how popular this mirror was, even outside of Australia, and how well it has been received. Thank you so much for using this mirror, and for helping me learn new things.